No doubt that Classical Arabic Literature was influenced by Greek Literature, as the modern Arabic literature was influenced by European Literature. The narrative poetry was designed for the emergence of theatrical poetry, a poetry modeled on the model of the story with its performance in the front of audience. This style was not known as Arabic poetry, but borrowed from the European literatures by the elite of poets who were influenced by European literatures looking forward to renew the Arabic poetry. It means that we use in this article the historical methodology based on the historical relation between European and Arabic literature in the ancient and modern age.

The first who introduced the theatrical art in Arab countries was Mārūn al-Niqqāsh, who was of a Lebanese origin. He traveled to Italy in 1846 and quoted it from there. The first play he presented to the Arab audience in Lebanon was (Miser) composed by the French writer Molière, in late 1847.

It is true that the art of play in Arabic literature at first was influenced by European literatures, but soon after reached the stage of rooting, then the artistic creativity began to emerge, which was far away from the simulation and tradition.

If the paper is accepted for publication, you will be asked to pay Article Processing Charges (APC), 200USD/article. 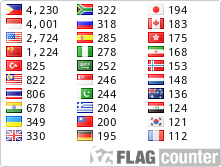