Energy-efficient technologies provide chances for money savings and reducing environmental damages related to energy use. This paper aims to assess the energy efficiency in Libya and tools to promote its implementation. In addition, it seeks to present measures and programs that could be foreseen in the transformation sector and some end users.

Data of energy intensity in Libya was taken from different recognized sources such as World Development Indicators (WDI) - World Bank, and Enerdata web site. The data was collected, assembled, and analyzed using Ms Excel sheets. Results were plotted and compared to World average and Africa or with (Middle East and North African) MENA countries where ever data is available. The main indicators over almost quarter of a century (1990-2014) were presented and changes over this period were indicated.

It could be concluded that primary energy intensity for Libya during (2000- 2014) is comparable to world average values and for Africa and the final energy intensity has increased at only 0.7% per year during the same period. As an oil producer and exporter country, the ratio of final enrgy intensity to primary energy intensity in Libya has increased at a rate of 1.1% during (2000-2014), which is greater than the World average and African countries.  The rate of energy intensity of transport has increased by 6.9 % per year for the period (1990-2014) and 7.8% per year for the period (2000-2014) compared to the world improvement (-1.8%) per year and for Africa (-0.3) % per year for the period (2000-2014)). This is due to lack of regulations and measures concerning this sector and increased number of private cars. Suitable measures and policies should be taken towards this sector to improve its performance since it contributes to the highest share of energy consumption. The highest share of electric energy consumption is at residential, then commercial and service end use, followed by street lighting. There is a good potential for energy saving at these sectors. 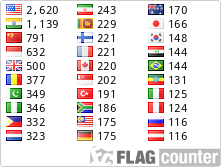 To make sure that you can receive messages from us, please add the 'ideasspread.org' domain to your e-mail 'safe list'. If you do not receive e-mail in your 'inbox', check your 'bulk mail' or 'junk mail' folders.