DOI: https://doi.org/10.30560/hssr.v4n4p35
Keywords: the Prophet Muhammad, , Catholicos of All the Armenians, Arab invasions

The present article discusses the treaties known in the Armenian medieval bibliography by the name of the Prophet Mohammad ("Great" Manshur and "Little Manshur”). It is pointed out that the above-mentioned treaties were given to the Armenians during the Arab invasions in Armenia at the end of the 7th century and at the beginning of the 8th century, but they are considered in the context of the tradition of different treaties named after the Prophet Muhammad given to the Armenians and other Christian nations. In the following centuries, the terms of the above-mentioned treaties were laid down as a basis in similar covenants in the name of the Prophet Muhammad, with the new privilege - expecting the Muslim authorities to protect their rights from possible encroachments.

If the paper is accepted for publication, you will be asked to pay Article Processing Charges (APC), 300USD/article. 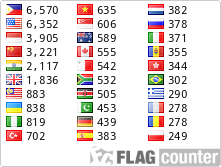