Participatory variety selection trials were conducted in 2018 G.C in Laelay-maichew, Tahtay-maichew and Ahferom districts of central zone of Tigrai to evaluate the performance of improved bread wheat (Triticum aestivum. L) Variety and to assess farmers’ criteria for bread wheat variety selection. Six improved bread wheat varieties (Mekelle-1, Mekelle-2, Ogolcho, Kingbird and Hedasse) including the most popular variety ‘Kakaba’ were used for the study at eighteen farmers (six from each district). The experiment was laid out using randomized complete block design at baby trial with three replications. Analysis of variance revealed a significant difference among the tested varieties for most of the agronomic traits except for kernels per spike and harvest index in all the tested locations. In the preference ranking, farmers used their own traits of interest which were very important in their wheat varieties for selection. Hence, common criteria’s identified by the farmers to select the best varieties were; grain yield, biomass yield, earliness, disease resistance, spike length and seed size. Accordingly direct matrix ranking by farmers showed that Ogolcho was top ranked both at L/maichew and Ahferom followed by Kakaba, however Mekelle-1 was first ranked followed by Kakaba at T/maichew.  Therefore farmers of L/maichew and Ahferom were recommended to use Ogolcho and Kakaba, whereas Mekelle-1 was recommended for T/maichew.

If the paper is accepted for publication, you will be asked to pay Article Processing Charges (APC), 200USD/article. 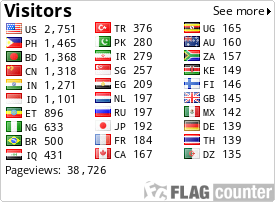