A retrospective study was conducted between October 2016 and March 2017 in Southern Nations, Nationalities and Peoples Regional State (SNNPRS) to identify major reportable cattle disease outbreaks. The retrospective study was based on a nine years (2007-2015) cattle disease outbreak report data retrieved from the Ministry of Livestock and Fisheries (MoLF) data bases. The retrospective study revealed that of the 15,840 disease outbreak reports expected from SNNPRS, only 1,578 (11%) reports were submitted to MoLF during the nine years’ time. According to the data retrieved from MoLF, a total of 1,496 cattle disease outbreaks with 44,646 morbidity cases and 4,709 mortalities were recorded in SNNPRS over the nine years period. The outbreaks were caused by blackleg (40.6%), hemorrhagic septicemia (HS) (26.3%), lumpy skin disease (LSD) (16%), anthrax (11.4%), foot and mouth disease (FMD) (4.7%), contagious bovine pleuropneumonia (CBPP) (0.8%) and rabies (0.3%) in decreasing order of their proportion. LSD was responsible for the highest proportion of morbidity cases (35.9%) followed by FMD (26.2%) while blackleg and LSD were the leading causes of cattle mortalities, which accounted for 31% and 30.2% of the deaths recorded, respectively. In contrast, the lowest number of outbreaks, morbidity and mortality of cattle was caused by rabies. Disease outbreaks were occurred in all the seasons of the year; however, relatively higher number of outbreaks (30.7%) was recorded in early dry season (September to November).

In conclusion, the retrospective study has shown a very low level of disease outbreak reporting rate in SNNPRS, which may be due to misreporting or no outbreak of diseases. 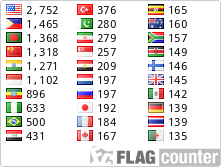