Piers are important man-made water vessel landing facilities in lakes and seas. A study on the effects of piers on water recession was conducted on the Southern shores of Winam Gulf of lake Victoria, Homa Bay County in Kenya. It was conducted in three pier points namely Kendu Bay, Kowour/Homa Lime and Homa Bay. The study aimed at explaining a phenomenon whereby the Western side of the piers on the Southern shores of the gulf, having more water recession than on their Eastern side. This unique phenomenon has not been sufficiently researched on hence, instigated the research. It collected data on the length of recession at the sides of the piers, directions of water currents flow based on devised simple current simulator and empirical studies. Google map and Landsat map techniques were used for aerial data collection. Ground truthing was carried out to corroborate the findings of the aerial data based on physical ground measurement and observation. The result had it that the sides of the piers facing currents directly were more recessed than the opposite sides. Homa Bay pier had its Western side 38m shorter than the Eastern side which had only receded 2m. Kowuor/Homa Lime pier had its Northern side 32m more recessed than the Southern side. The drenching works at Kendu Bay pier at the time of study, made it impossible to accurately measure its sides under recession. However, it showed the same trend based on Landsat and Google maps data. The data were presented using photographs, ‘current rose,’ maps and diagrams. 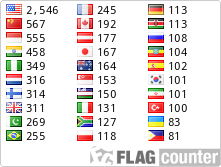